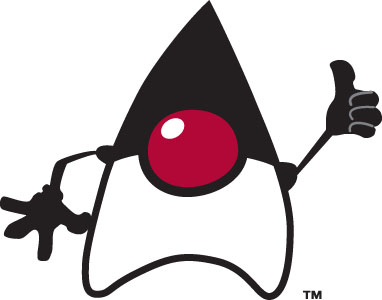 If you’ve been following Eric Leach’s blog, you’ll know that, just before JavaOne, we released a beta version of Sun Java System Access Manager 7.1 via a couple of bundles:

The former download is 132 MB, the latter 89 MB. The main difference between them seems to be that the Java EE 5 Tools Bundle includes NetBeans; NB EP 5.5 assumes you already have it.

Access Manager’s role in this bundle is to secure web services. If you’re thinking “Uh oh - this is that Liberty stuff they keep pushing at me; I’ve barely got my head around basic SAML assertions, let alone ID-WSF.”, well - relax. We did show Access Manager working with Java Studio Enterprise and JSR 196 (Java Authentication Service Provider Interface for Containers) to secure web services via Liberty ID-WSF at last year’s JavaOne (there’s also a technical article on the topic); since then we have implemented WS-I BSP to secure ‘plain vanilla’ web services.

Here are my notes from installing the Java EE 5 Tools Bundle Beta and working through the Securing Web Services tutorial. I’m running Ubuntu 6.06 ‘Dapper Drake’ Beta. Not an officially supported platform, but I like to surf the bleeding edge

So - in the next thrilling installment, we’ll walk through that secure SOAP message and see what each bit actually does.

UPDATE - here is that next installment.

My handy shell script for running netbeans in a nested X session:

Using the tutorial, I thought I would develop a Web Service using netbeans and the j2ee bundle to … I had no problem editing the web service attributes to set the security settings, but when i created a client with a web service reference to this service I could not edit and set the web service setting to enable the WSC to send the corresponding security headers to the WSP. Instead I got “Project not supported” in both netbeans on OS X and Linux. So, I can’t apparently use netbeans enterprise pack to set the client settings, but must edit the sub-web.xml directly? It appears the reason why the tutorial worked is because all the stubs were already there and not generated? Also, if you leverage the “blueprints: Identity_BP1” and start reading into the section about “Configuring WebService Client Security Mechanisms Using the Access Manager Console” you find the tutorial completely off the rails from how the amswer is configured. So, I don’t know what to make of that, because the some 4 individual Access Manager 7.1 PDF docs don’t cover securing web services in the manner these tutorials do. Thoughts?

Seems like you are creating a Java EE 5 webservice using NB, correct? In the case of Java EE 5 based service, after creating the web service client node you have to also “use the client” node in one of your sevlets/jsp etc.. which will generate a @WebServiceRef annotation which signals the tool that it can enable security. The key is to have the annotation on the client which invokes this service. If you used the bundled stock sample from the IDE (or use the zip file that Pat has included) you would be able to invoke the client wizard without this additional step because the samples are j2ee 1.4 based and hence the workflow for client creation is different. HTH,

Yes, you’re corrrect. I have created a Java EE 5 webservice using NB, and then followed up creating the web service client in another project using NB tool features, and created a reference to the the service under “Web Service References” folder in NB. So, I have to apply @WebServiceRef annotation on the servlet making use of the Web Service Reference? I gotta read up more on Java EE 5 web service development… As I’ve written namely j2ee 1.4; specifically, axis based services.

Ahh, it seems Vidhya has been around this block before as I haven’t been alone to experience this issue. http://www.nabble.com/Re:-secure-web-service-is-not-supported-t2390532.html Okay as per your directions, I added @WebServiceRef(wsd=”http://localhost:80080/MagicEightBall/MagicEightBallService?wsdl”) soa.example.client.MagicEightBallService service; to my servlet class, then later on in the appropriate servlet method soa.example.client.MagicEightBall port = service.getMagicEightBallPort(); This builds and deploys but won’t run, even if you choose to edit the services attributes to disable message level security under the WSP security configuration and then redeploy. You get security related exceptions as soon as the client tries to connect to the service. It appears that you need to strip out all the security related xml additions to the sun-web.xml file, and remove the amconfig.xml file, then redeploy inorder to get the service and client to work again minus message level security. Now, that I verified my service and client work, I attempt to re-enable message level security on the service… That goes off without a hitch, but I still can’t get nb to allow me to edit the security via the web service attributes panel of the client’s web service reference. It still return “unsupported project.” Is the Q-build of the enterprise bundle available, because I don’t see it at http://www.netbeans.info/downloads/dev.php Your forum post mentioned it back in October… -Michael

okay, just saw the drag dropp response… yeah, that works… you have to drag the method from the web service reference… and it drops in a bunch of canned code to access the method… sweet. Yet, “project not supported” still is their under the edit web service attributes… So, i gotta keep dropping and dragging ‘til it pops up cause of the bug?

Ah, ha! Stopping an starting NB does it. Grr. Hey, it’s like Windows!

There is a bug filed and tracked about this random “project not supported” showing up in java EE 5 projects. Looks like you are seeing this. Just few tries would make this message go away.. atleast for the workaround I didnt have to restart. - Vidhya

You rock. It works great!

[…] As promised, here is a dissection of the SOAP message from yesterday's post on the AM 7.1 Beta Secure Web Services Tutorial. […]